Walking in the Lake District

Driving up Great Langdale every twist and turn reveals new delights until directly ahead rise the Langdale Pikes, the most dramatic and best known mountain skyline in England. What a place for a holiday! Here, above the New Dungeon Ghyll Hotel, the waters of Stickle Ghyll tumble down over the rocks in a series of magnificent cascades. Across the valley rises Lingmoor Fell, so named from the glorious mass of purple heather which makes its ascent in August a special delight, and at the head of the valley, rise the Crinkles and the shapely cone of Bow Fell, one of the giants of Lakeland.

But finest of all, and immediately behind the hotel, are the Langdale Pikes, a challenge that cannot be ignored. For some the ascent will be a first, where everything is new, and the stupendous cliff of Pavey Ark above the hidden Stickle Tarn comes as a surprise. For many it will be a renewal, a return to see old friends or scramble up some, as yet, unvisited corner. 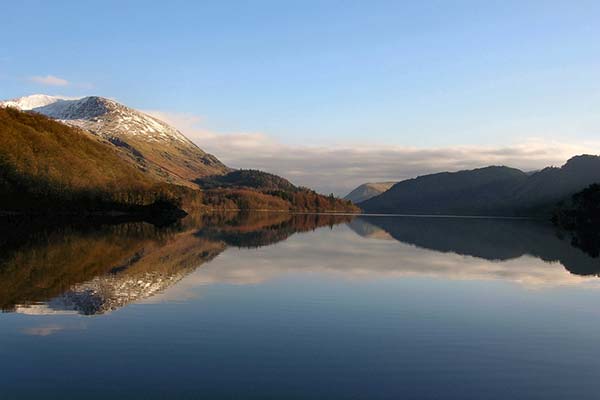 Others may prefer to leave them for another day, or just to sit and look up and marvel at the enormous forces of the glacier that shaped this valley. You can see to this day massive boulders lying where they were left by the retreating ice, while above are the cliffs that were formed as ice gouged out the valley. This valley is awesome, but it is also beautiful, a painter's and photographer's delight.

And it's not far to explore many of the other special places of Lakeland. Grasmere and Dove Cottage, the first home of William Wordsworth and his devoted sister Dorothy, are only a short trip, while Coniston and Ambleside are easily reached. One thing is certain, it's no coincidence that people keep coming back to the New Dungeon Ghyll Hotel for Great Langdale is a valley of which you never get tired. 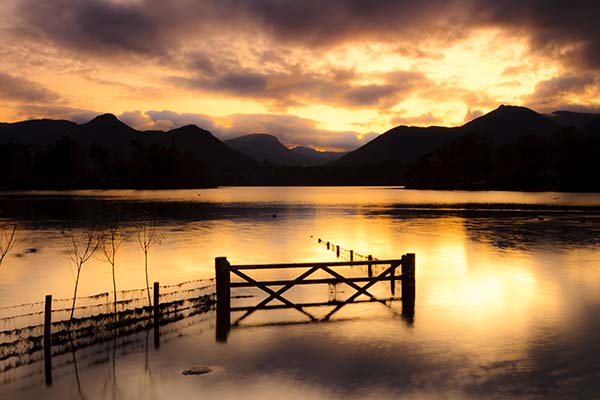